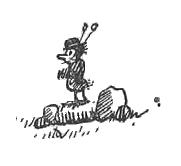 i had a post typed up and then this goddamned mac crashed, like the piece of shit that it is.

let's see if i can summarise.

i missed a therapy appointment today, boss. she can see me at three today, but it means i get charged two co-pays.

which means that i can't fill my prescription for the crazy pills that the nice doctor gave me until next week. i might be a little nutty until then, boss.

i sent two checks to the mortgage company when i was only supposed to send one. when i called to ask if they could hold the second one, they laughed. money's going to be tight on black friday, boss.

and, boss, the battery cap on o's pump is wrecked. i think she's been tightening it too much when she replaces the battery, because the plastic is all chewed up. they're sending a new one, but of course, it's thanksgiving weekend, so it may get here friday and it may not. thankfully i have levemir for her, but it's going to require mental gymnastics to do the carb calculations. good thing i found my calculator. my mind isn't capable of that thought process right now, boss. i'm a little fried.

boo is still the green booger machine. she's got a bad case of the crankies, too. it's a real joy around these parts, boss. tomorrow out to be a real laugh riot.
Posted by Major Bedhead at 12:52 PM

What type of pump does O use? I *might* have a spare battery cap at home. I could check tonight to tide you over until the new one comes in.

I've got one for a cozmo. Any idea if they are the same? If so I can give you mine, and I'll just throw the tester on my pump and use the longer one.

I don't have a darn thing useful to say - it just seems like things are coming at you right and left and I hope life improves soon.

That stuff all sucks.

bloglines sucks!
i haven't been getting your posts for days now... i thought oh know
something up?
apparently a few things are but not enough where you can't blog
bloglines sucks!
money sucks too!!

Are you Cool Hand Luke?