In the It's About Fucking Time department:

Johnny Damon won't be the only player making his return to Fenway tonight. According to a major league source, the Red Sox have re-acquired Doug Mirabelli from the Padres in exchange for catcher Josh Bard, minor-league pitcher Cla Meredith, and cash (in the six-figure range). The Yankees were also trying to acquire Mirabelli.
To read more, visit http://www.boston.com

Well, isn't that just about the best news ever? That Josh Bard sucked ass, man. He had, like, 4 passed balls in ONE game. I never could understand why they traded Mirabelli, but I hope they're paying him a LOT more than they were. 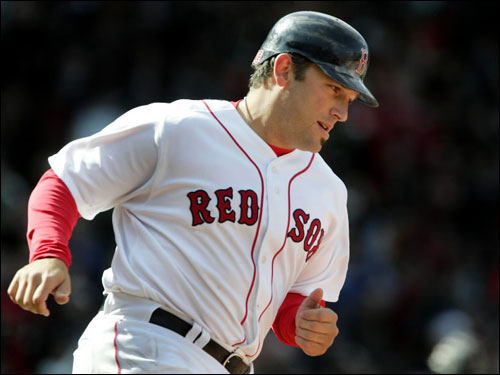