Gone With The Wind

I think TCBIM is, possibly, the stupidest human alive. He handed me his phone last night to show me pictures he’d taken of the girls. I was scrolling thru it and just below a very cute picture of the baby, were pictures of himself, naked, in a rather…aroused state, along with a text message to someone named Becka which started off “Hey baby…”

You want to hear his story? It’s a fucking beaut.

I’m just sick. I spent most of the night awake, grinding my teeth and crying. I feel like we need to go see a marriage counsellor but he thinks we can sort this out by just talking about it. What is there to talk about? He’s ruined everything, he’s destroyed the trust I had in him. How am I just supposed to go back to our normal life when it feels like that life was a big fat lie?

He says he’s sorry. I’m reminded, of all things, of that line by Rhett Butler – “You’re like a thief who’s not sorry he stole, but is very, very sorry he got caught.” 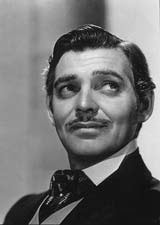 Oh, Julia, I'm so sorry. I don't know what to say. I don't want to bad mouth your husband, because really I don't know him. But, if this were my husband, he would have already been kicked to the curb. If you don't have trust in your marriage, what do you have? I agree that giving naked pictures of yourself to someone else is cheating. You have to decide what you can and cannot live with. If you think couseling will help then go for it. But, if he's not willing to go there's not much else you can do. By the way, does he even know that his wife is pregnant and doesn't need this crap right now or does he even care?

OK, I started this off with "I don't know what to say" but I guess I had plenty to say. Sorry, the more I type the madder I get at your husband.

Another thing, do you think he let you see the pictures on purpose? I mean, he practically handed them to you.

This is what I don't understand. He claims that he cares about me, that he loves me, that I'm the most important thing to him, yada yada yada. He says he sees (now) that what he did was wrong. But if he knows it's wrong now, why didn't he know it was wrong then? That's why I think he's more sorry that he got caught than anything.

He's a total instant gratification kind of person. I've always had to rein him in. To me, this seems like a case of that. It doesn't excuse what he did, by any means. It's more of an explanation. And he doesn't think about what his actions will do to other people.

I'm going to have to chew this one over and figure out what I'm going to do. I won't give a knee-jerk, fuck off out of my life reaction, but he's skating on such thin ice right now that it wouldn't take much.

It's so fucking depressing. He's not a horrible person. He's not mean to me, he doesn't drink (much) or gamble away the rent money or get emotionally or physically abusive. He's really immature about things like this, though. Really, really immature.

I totally understand that you don't want to have a knee-jerk reaction. You do have kids with him and another one in the oven, so that has to be considered too. It's just a tough situation to find yourself in. It's one of those things where you wish you could close your eyes and when you open them again it had all just gone away.

Julia - just want you to know that I'm right behind you with whatever decision you make. It's so easy for me to say I'd kick his ass out of the house so fast he wouldn't know what happened - but if I were in the same position as you - I honestly don't know what I would do.

I really think you need to press the issue of counselling though. He needs to understand that this behaviour is simply not acceptable. As much as he thinks the two of you will be able to work this out on your own - he obviously hasn't listened to you in the past about this topic or you wouldn't be in this predicament right now - HE needs help. He obviously can't stop.

Let us know how it goes. Thinking of you lots.

I think counselling would be a very good idea. Re-reading your two posts, there's a lot wrong with his stories, and it would be much simpler to have another (qualified) person to hash this all out with.

Ditto everyone else. Counseling is totally in order, with a big crash course in How to be a Good Husband 101.

What a laaaame-ass thing to do.

Oh man, what a time to start reading your blog...

Well first off, I have to say that his actions are cheating in my book. If your pants are around your ankles and you're not with your wife or your doctor you're a cheating bastadard.

The internet vrs. in person is a moot point. All of us have cyber-relationships that are every bit as strong as "real world" ones. All of us OC diabetics will attest to the fact that cyber space is a real world.

So now the tough part. You're mate cheated on you. Now what? With kids in the picture this is not so easy. Is he a better father than he is a husband?

This is really tough, I feel so bad for you. Espically given you had a bad time with a previous relationship.

My only advice is to take a breath (or two or five). There is no rush here.

We're all behind you, whatever happens.

Julia, I am so incredibly sorry!! Men can be really stupid. Always thinking w/ the one head instead of with the other.

I really don't know what to say. You have been given some pretty good advice.

Just know that I, we, are all here for you. No matter what.

Julia
I am so sorry this happened. It really sicks that he would do this to you. It is definately cheating. I agree that I think he wanted you to see the pictures. But not to announce "Hey I'm cheating" I think what you said about the threesome was the reason. i think in his man mind that he almost thought he would be able to get you to agree. Definately wasn't using his brain on this one. I agree also that you need to consider your next move carefully. Weigh out all the good points in your marriage and the bad. Are the bad more than the good? Ar some of the bad ones things you can live with? I told my husband a long time ago(after my sisster's husband was caught cheating and subsequently they divirced) that he would get one freebie in this marriage. i felt I could forgive him once. So he better use his one time wisely. I ask him now and then Hey did you find your one time yet. He replies "Nope, haven't found anyone worth wasting my freebie on". Point is that I think everyone deserves a second chance. That is if they are normally a good husband and happen to lose their friggen mind for whatever reason. Hang in there. There are a lot of us out here in cyber space thinking about you and praying for you. BIG HUGS from Hawaii. I'd send you some sunshine and rainbows from here if I could!

lots of hugs. I hope you determine what is best for you and your marriage asap. The last thing you need right now is stress.

Julia this fucking sucks. I am so sorry he's a complete idiot. I think you are probably right about the whole being immature and stupid bit. Some men just don't ever get it though. Has he been doing this after the whole email incident bit or were these just left over messages on his phone from before that?
Sounds like counseling would be a good idea but is he ready to admit he has done something wrong? If he's just saying he's sorry because he got caught then he's probably doing the I'm sorry bit to placate you and that's not cool. If that's the case then he more than likely doesn't see what he's done as being wrong and won't understand the impact that is has on your emotional state.
It's unbelievable that he would do something like this knowing your trust issues from past relationships too. Absolutely unfuckingbelievable. I'm sorry this has happened.

I'm sorry, sweetie. I have no advice, as I am the Queen of Bad Relationships, but I'm thinking of you and wishing you strength.

I have no advice because I have no place to advise, but be strong.

... have I mentioned Strong?

I will be thinking of you, and hoping for your solace.

This is not something he can resolve on his own and make go away...he'll need a professional, preferably one who specializes Internet/sex addiction... IF he wants to make changes and keep you and the children in his life.

Julia, hold on to your self-worth. Don't let HIS problems demean you in any way. Recognize how valuable you are and let him prove he's worthy to have you in his life and be clear about those parameters.

He also needs to prove he's not a threat to your children. Parents have to live by example. How many kids while bored waiting for an appointment ask to play with the games on the parent's cell phone?

Seek therapy for yourself too - you need an objective professional person to help you through this.

Julia,
My heart aches for you. Having been in a very similar situation (minus the children), I struggled with the disbelief of the audacity of the man I thought I knew and the despair of the loss of trust.
He had developed an uncomfortable (for me - and friends,too) friendship with the wife of a co-worker, and when I caught him in an undeniable lie, It was devestating. He then admitted that he wanted to "swing". I refused, but didn't leave. I thought I could fix it.
I spent three more years in a marriage that never felt the same, and I grew to hate him and not trust - or believe - him. When I left him, I knew that I had done the right thing, and have spent a lot of time building my own life - and trusting myself.
Do I have advice? No. Each relationship is different. Perhaps he will agree with counseling, or be able to talk more openly about his reasons behind wanting to swing - and discuss the concept of trust.
I wish you the best - whatever you decide. You are very brave to write about this.