There she goes again

My sister and her girlfriend left this morning for California. They don't know when or if they'll be coming back - maybe next Christmas. She's my only sibling and while we don't always see eye to eye, we are still close. Boo and O love her. I feel like I was really just getting to know her girlfriend - she's a really lovely person, but quiet and sometimes that's difficult when you're around my family. We can be kind of loud.

I'm just bummed that she's gone, that she's not ten minutes down the road any more, that she can't just pop around for a drink or a movie or a game of Cosmic Wimpout. In a way, I hope they don't like it out there and decide to come back after six months, but I doubt it. The place they're moving to is just their style and even more progressive than it is out here in the Happy Valley.


I also found out some really disturbing news about a friend of mine. Her father molested her as a child and when she went home for Christmas, he did it again. She doesn't know that I know this and I'm only going to talk to her about it if she brings it up, but it's making me sick. I can't talk to TCBIM about it either because I don't want him inadvertently saying anything to her.

What makes people do that? It has to be some sort of sickness because it's just unfathomable to me. And what can I do for my friend, besides listen, if she does talk to me about it? I have no experience with this (thankfully). I don't know anyone who's experienced it, or if they have, they've never talked to me about it. She told her brother about it and he believed her but ever since she told him, he hasn't come home. They share a flat and she hasn't seen or heard from him since then. She's afraid to tell her other sister for fear of the same reaction.

It does explain so much about her - she hates to be hugged, emotions make her so uncomfortable that she either laughs or leaves the room and she has a tendency to binge drink at times. I kind of hope she does talk to me about it because I hate knowing something like that about someone I care about.


Edited to add: And in the Duh category: Diabetes Care Magazine had this article today.

A gratuitous Bug Shot, to lighten the tone a little.... 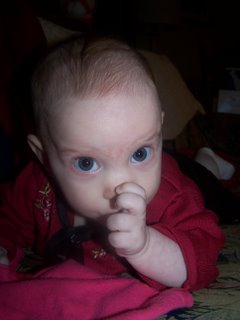 Posted by Major Bedhead at 3:22 PM

I gave a D'uh award to that same article.

You almost certainly know other women who've been molested. The estimates are that between 25-35% of women were sexually abused in some manner during childhood. That includes some pretty broad definitions but it's still a lot of people.

I don't have a lot of great advice other than to be there when and if she wants to talk. It may be an opening to tell her that someone else told you what had happened. I guess it depends on how you think she would handle that. Abuse thrives on secrets and your friend sounds like she is more invested in trying to appear "normal" with a "normal" family than she is in keeping herself safe. Honestly, that scares the hell out of me. I hope that neither she nor her siblings have children who are at risk.

I can recommend some books I used to use if you're interested. I haven't kept up with the field much lately.

The only thing you can do, if she does talk to you about it, is to support her the best you can, and also show her that you're not going to disappear from her life. The best feeling anyone can give her is the feeling of being safe.

What a cute bug!

I echo what others have said. Just be there to listen without judgement or trying to fix anything. It's all you can do.

I'm sorry your sister is moving so far away. Both of mine live about 7 hours from me, and it feels sometimes like they're on the moon.

I'm sorry your sister has left, hopefully you can still keep in touch with her on a regular basis.

Also, sorry to hear about your friend. I have a good friend that is in an abusive marriage. Honestly, there isn't anything you can do unless they take that first step to stop it and do something about it. Never the less, it's still very heartbreaking to sit by the sidelines while you know all of this is going on. It's such a personal and private thing.

And, that bug of yours is super cute! She's growing so much!

Sorry your sister is gone.

About your friend, just be as supportive as possible. I was sexually abused by my aunt, and I know some great self help books for survivors of SA. Let me know if you want the info.

The bug is SO stinkin' cute! And growing so fast ~ how the heck does that happen!?

I hope you find a way to still feel close to your sister.