No, I haven't started this site up again, but I am at BlogHer this year and handing out business cards to all and sundry. And of course, I realized about two days before I left that I had this old url on the cards. So if your here because I foisted one of my cards on you, you can click over to my new site if you want to read me.

Next year, I will have new cards. Promise.
Posted by Major Bedhead at 9:08 AM 1 comment:

I'm attempting to start a Wordpress blog. Bear with me while I sort this crappe out. God, I suck at change.

A link would help, huh? http://majorbedhead.wordpress.com/

I took Boo to look at a new school today. Well, day care, really, but I'm calling it school because that's what she's used to. She seemed to like the place and was bummed that she couldn't stay. She's going to start there in 2 weeks. She needs it. I need it. I really hope it will help with her behaviour.

Sometimes I think maybe it is all me. When I take her places like that or over to my sister's, she behaves pretty well. She doesn't bounce, she listens to what she's told and she never stamps her feet or sits there in a huff. She was great today at the new school but as soon as we got in the car, she started hitting her sister and yelling at me about something. Honestly, at this point, I just tune it out.

It's maddening and depressing as hell when I let my mind go down that path and believe me, it's a path it goes down a million times a day. What am I doing wrong? I'm sure I'm screwing her up for life somehow, otherwise she wouldn't behave this way, right? If she can control herself at school and at my sister's, why can't she do it when she's with me? I know she's capable of doing it so why can't she do it all the time?

I was thinking about this last night, when I should have been sleeping but was instead waffling back and forth between beating myself up and wondering if maybe she'd always been like this.

And then I remembered this:

She's been doing this since she could stand and jump. So maybe it's not just me. Maybe this is just how she is. In a weird way, I kind of hope so because thinking that I've done something to so screw up my own child is a horrible thought to have.

Why You Shouldn't Clean While Naked

Last night I decided I'd had enough and went upstairs to take a shower.

I'd started to get undressed while waiting for the water to heat up but it was taking forever. As I stood there in my holey t-shirt, I realized that the banister in the hall was absolutely filthy, so I rummaged around under my sink looking for some sort of cleaning implement. I found a baggie with a few ancient baby wipes in them. Perfect. No mess, and baby wipes work great on those grubby little finger prints that my children delight in leaving all. over. the. house.

I was scrubbing away, taking great satisfaction in seeing the white paint again, smirking in an "I'll show you, dirt" kind of way when I stood up.

That's when I realized my naked, white ass had been level with the landing window.

The curtainless landing window that is about 6 feet away from our neighbor's bathroom window.

Hanging On By A Thread 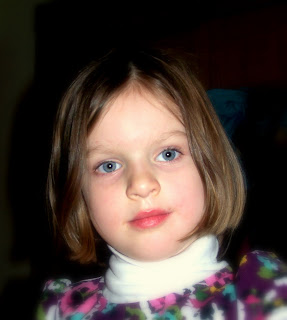 If I tell her not to do something, she does it as soon as the words leave my mouth.

She touches things she's not supposed to touch, like the computer and the camera and the knives.

She poops in her closet.

She wets her bed every night.

She's defiant. She glares and stomps her feet and screams and shrieks at me.

She's destructive. She rips up books and papers and colors on the walls and herself and her sister. She's cut her sister's hair so many times that The Bug has a pixie cut now. She breaks her toys and her crayons and anything she can get her hands on. I can't leave her alone in a room for 30 seconds or she will destroy things.

I cannot handle her at all.

I'm working with a doctor about this and have enrolled her in a study but oh my holy hell, I am losing my mind with this child. She needs full time school or full time day care or something. Something more than I can give her. It depresses the hell out of me that I can't seem to figure this child out. 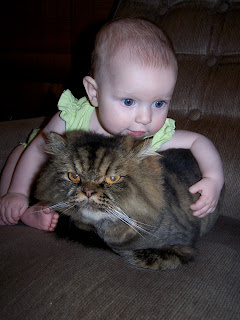 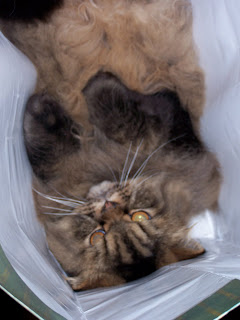 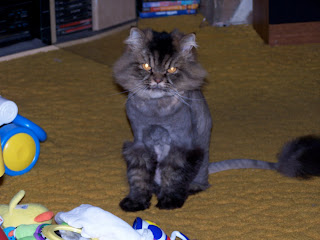 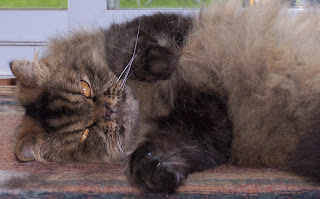 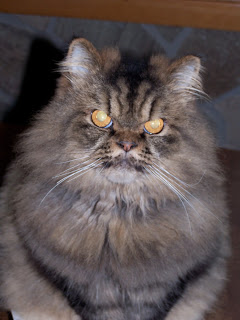